The Croatian Shepherd Dog is a medium sized dog with a spitz-type, rustic appearance and a head with a fox-like expression with a characteristic coat and colour. He gives the impression of a proud, agile, strong, compact but on no accounts coarse dog.

This breed was most probably developed over several centuries out of the descendants of the so-called “Pfahlbauhund” (Canis Familiaris Palustris) in the area of eastern Slavonic, which is a part of the Republic of Croatia. According to the hypothesis in the manuscript of Bishop Petar Bakic in the year 1719, which again refers to an earlier manuscript of the Bishop Petar of the year 1374, immigrants brought this breed into the homeland.
Prof. Stjepan Romic started the systematic breeding of the Croatian Shepherd Dog in the year 1935. The breed was first publicly presented at the first state dog show on 29th and 30th of October 1949 in Zagreb. Dr. Otto Rohr wrote the first breed standard in the year 1951. The standard was published by the FCI on 31st of January 1969. 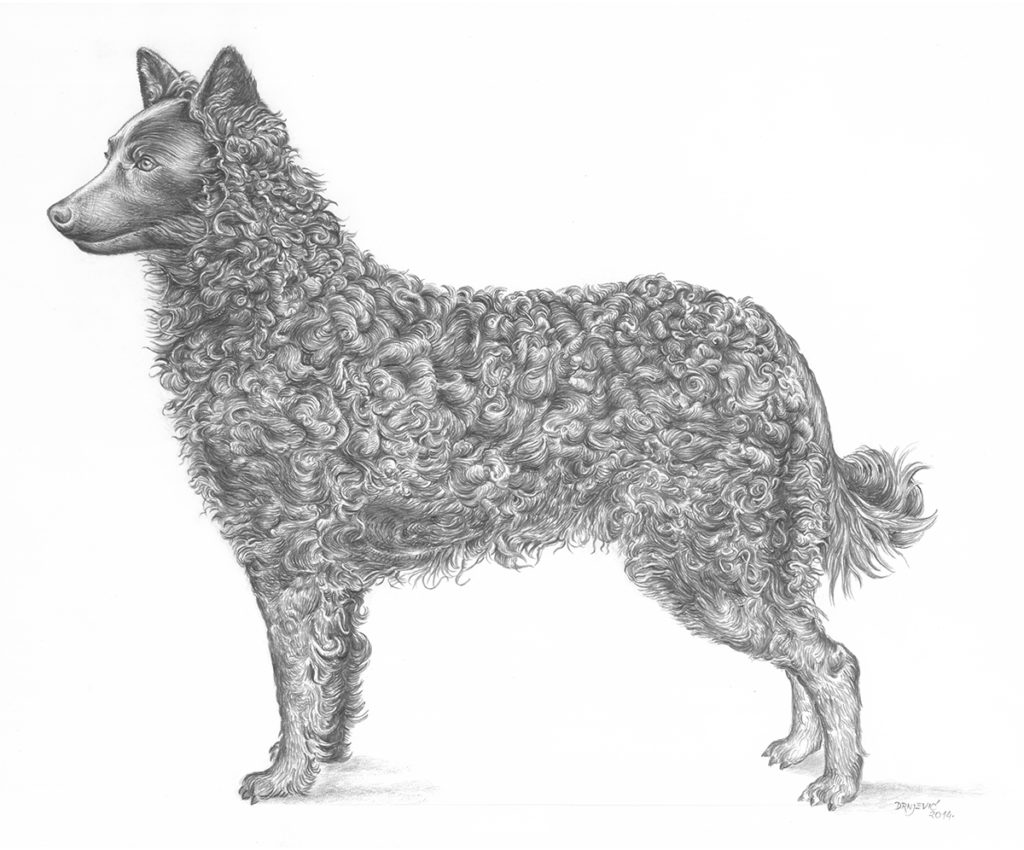