The title Croatian Grand Champion will be recognized (on owner’s demand) to the dog which obtains following conditions:

1. the dog must be declared Croatian champion in beauty (CH HR) or Croatian Show champion (CH HR I)
2. four CAC-HR titles won in champion class after official declaration of Croatian title
3. two CAC (out of those four CAC) should be obtained at international shows (CACIB shows)
4. the above mentioned four CAC should be obtained under at least three different judges
5. the first CAC-HR should be achieved after 01st of March 2015

Only diploma is being charged, certificate is free of charge 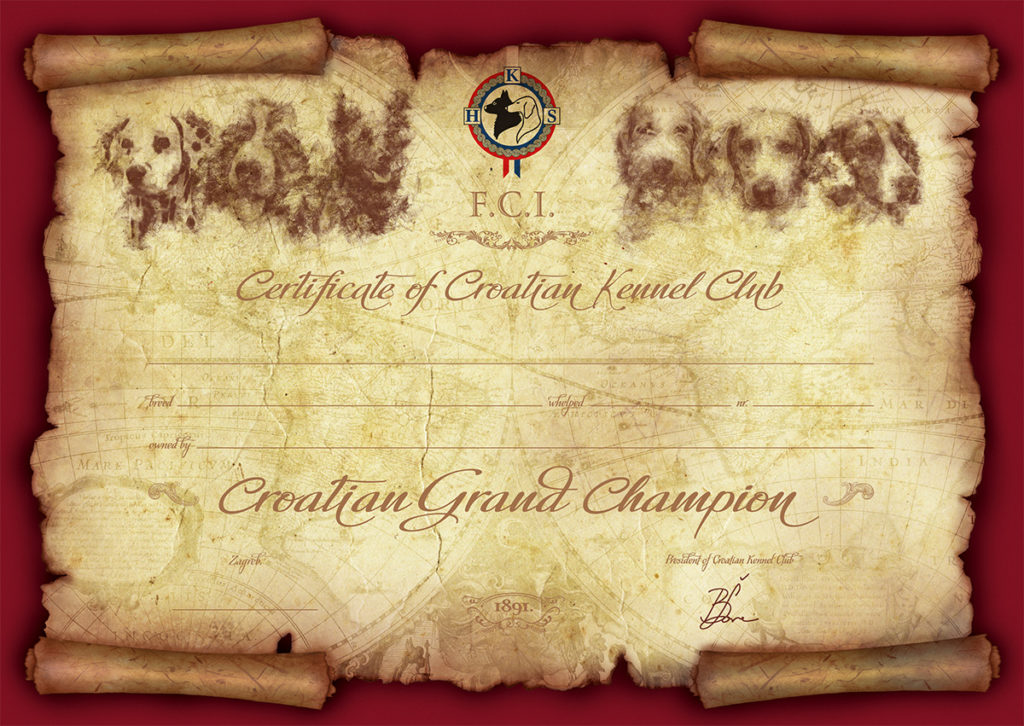