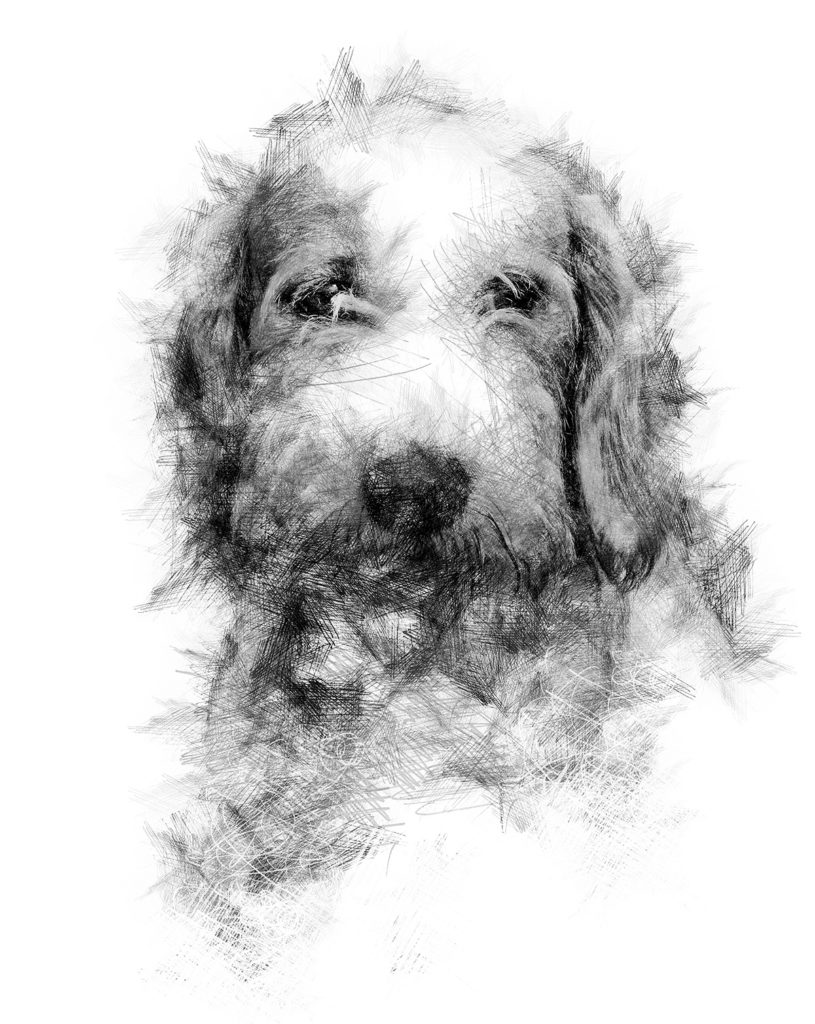 A dog of rustic appearance and strong hound-like body, of medium size with characteristic longer coarse hair of snow-white colour with orange coloured markings on the head and on the body. Due to the wire-haired coat this breed appears robust. The difference between male and female has to be distinctive.

The breed is easy to train for hunting and its constitution makes it possible to use him for hunting in any weather condition and also in rough, stony or hilly terrain. His voice is of medium tone but it also has deeper sounds. Gentle, even temperament, with a stern expression. Devoted to his owner.

The breed descends from the “East Adriatic white hound with markings”. The hair is wire-haired due to the climate, where the breed was bred. These are mountain areas at the east Adriatic coast, where temperatures are low. The earliest description of the wire-haired Istrian Hound can be found in the manuscript of the Dakovoe Bishop Petar Bakic from the year 1719, where it says that the breeding of this breed was already known before the 14th century. The earliest picture document of this breed can be found in the cathedral of the Evangelist Markus in Makarska. The FCI published the first standard for the Istrian WireHaired Hound on the 6th of April 1955. 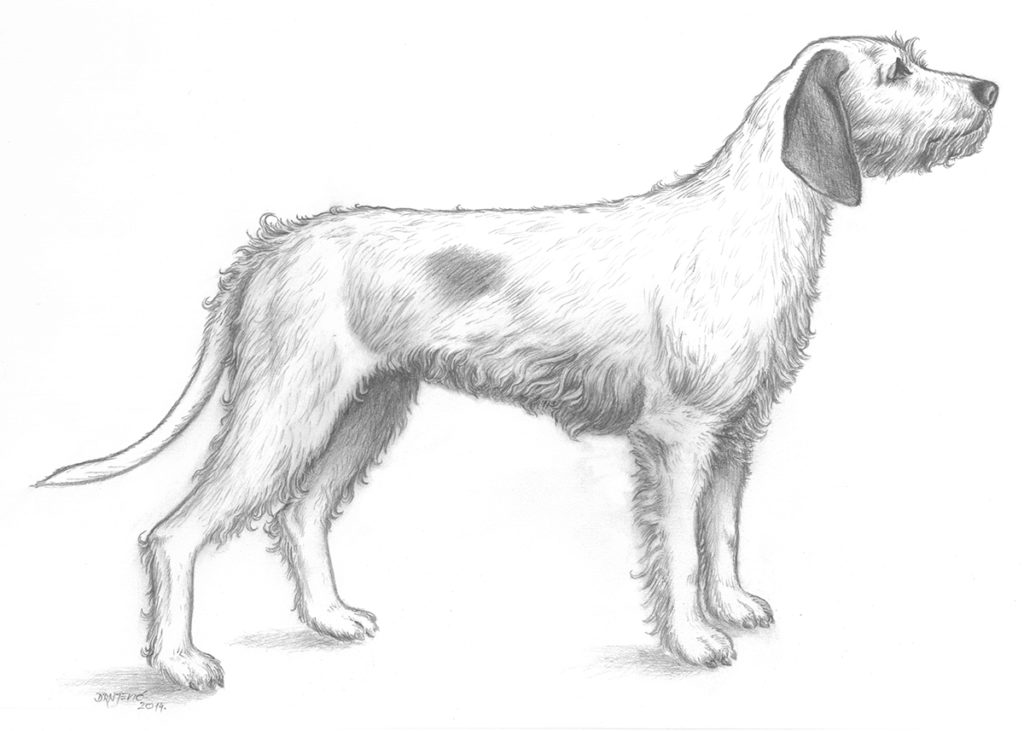